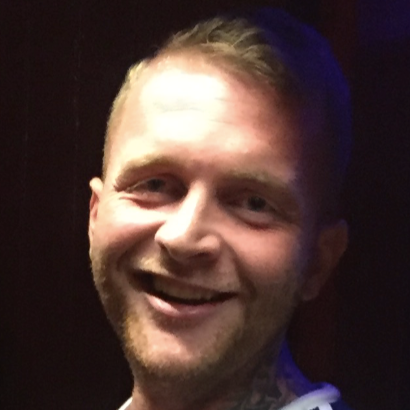 “This really saved and changed my life”

From a young age I always suffered with mental health issues, as I got older they got more extreme, until early 2018 I had enough and attempted suicide 4 times. I was sent to a secure mental health facility.
Not to long after that while I was receiving help, I received a message from a friend asking if I had tried meditation, so like anyone I went onto YouTube and downloaded the apps, I couldn't find anything that suited me, until I found The 6 Phase Meditation.
From the first time I listened to it I knew I was onto something good, I had to visualise a future in 3 years time, which as someone suffering from surveyed mental health problems was a challenge, but it was like a light switch that turned on and allowed me to want to look forward to a future I could control.
Having to think of 3 things I had compassion about myself was hard but then I couldn't stop thinking about how much I love myself, that allowed me to forgive people and situations in my past.
Then, finally, I could allow myself to picture an amazing day everyday.
I practice this meditation each day I have never felt so good. Now I help people who were once in the same situation as I was and this is my calling.
This really saved and changed my like, I couldn't thank or do enough to the Vishen and his team for this small priceless 15 minutes.

Since doing Vishen’s 6 Phase meditation I have noticed marked shifts in my ability to manifest accurately on a grand scale. You owe it to yourself to get your zen on. A millionaire can do a lot more to help the poor than a poor person can. Carve out your dream life and empower others to do the ...
Read More

"Since beginning the 6 phase meditation, each day flows wonderfully as I intend it to be"

Since beginning the 6 phase method, each day flows wonderfully as I intend it to be before going into meetings I use the creative feeling visualization to make things happen as I wish them to become and magically they mostly happen as I envision and wished them I have a dream of bringing t...
Read More

Once I started this portion of the 6 phases coupled with the first two I was both surprised and amazed at how much I truly had to forgive and be thankful for and how much better I felt for it. That and within that week that I started I already felt an incredible shift in my life.
Read More