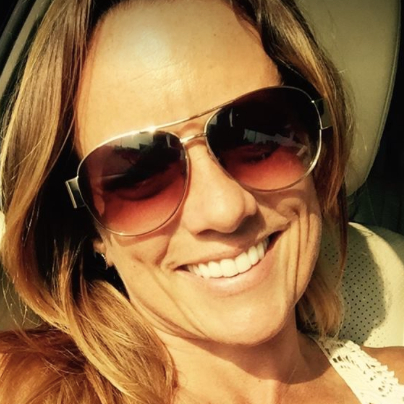 Before this program I thought I had to juggle all the balls to keep them in the air. I was living horizontally. Looking out all around me and thinking if I stopped everything would fall. I found myself needing to lie down midday because my world was spinning. I also had a limited mindset on money and how much was ok to ask for. I was only asking for just enough.

Christi made me multiply my number and then multiply it again. She taught me that $ is just a number and just as unlimited as God. She also taught me that I could get paid just by being me. That one resonated greatly with me. What does that mean, I asked again and again until the answer became apparent.
Through learning how to dissolve limitations on money thinking and learning how to line up vertically with Source energy I was doing more in Vishen's 6 phase 15 minutes than I was running around all day keeping balls in the air. I learned to surrender to the flow and stop doing things that felt like it went against the current. I called my 15 minutes in the morning, "sucking from the tit of God". I felt charged and expanded. I felt a giddy excitement bubbling in my every cell. I learned what my gifts were because I was asking and then listening.

I learned how to visualize money flowing in and then wait with giddy expectation and gratitude while working slow and steady on my goals. I had to split the cost of Christie's program with 5 friends because I had no money. I took her program January 2012. My life unfolded magically with many twists and turns.

By August 2019 I became a millionaire. I now live on a 23 acre paradise, have multiple income streams, am healthy and joyful and love every aspect of my life.

“Getting clarity gives you the confidence to execute your ideas and increase the money, love, and peace in your life”

I use to think that I was too much, too weird and that people wouldn't be able to connect with me. Especially when I start talking about business and money. Now I know that I am just enough and that people trust me when I am myself. They know that I care, because I do. I really care. I wa...
Read More

“I really felt a major shift recently after listening to Clearing Family Blocks.”

I work full-time in a field I love, but at a place I don't, and spend most of my "free time" with my toddler. We have another one on the way, so I manage to make time to listen to the segments during nap time or before bed. I've noticed small changes - finding pennies everywhere, feel...
Read More

Since starting the program I have received many free gifts from strangers, discounts on things, furniture from the neighbours. My husband has been kinder to me and less stressed.I am only up to the clearing the Fear of Change. I have been listening to each recording at least 6 times. I us...
Read More