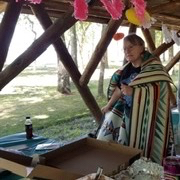 "Silva course that goes far beyond the original material!"

My story is about the forerunner of the Silva UltraMind Course on which I am about to embark.
I originally took what was then called Silva Mind Control, and later, the Silva Method, in the spring of 1977. I found it to be very powerful and I still use it today.
Recently, I was thinking that I wished that I could take it again all these years later because now I have a greater understanding of life, and have a far more open mind, having used the techniques for decades. Then, voila! Here come Mindvalley and Vishen with a Silva course that goes far beyond the original material! Manifestation in action, especially as I have been a Mindvalley enthusiast for many years now.
Vishen is my favorite presenter. The instructor I had in 1977 was Hans DeJong, who was tremendous! I imagine he is now retired, as I am nearly 70, and he was older than me. I am looking forward to completing this course! Vishen, you are the best!

"I have learnt to trust my intuition and believe in myself"

Thanks to this program I have clarified my new profession that I will follow. I have learnt to trust my intuition and believe in myself.
Read More

I have just started this program and am very interested in strengthening my intuition and trust in those insights.
Read More

"I am committed to transformation"

I have only done the first day and feel good about it. See how it goes - keeping an open mind as I am committed to transformation.
Read More